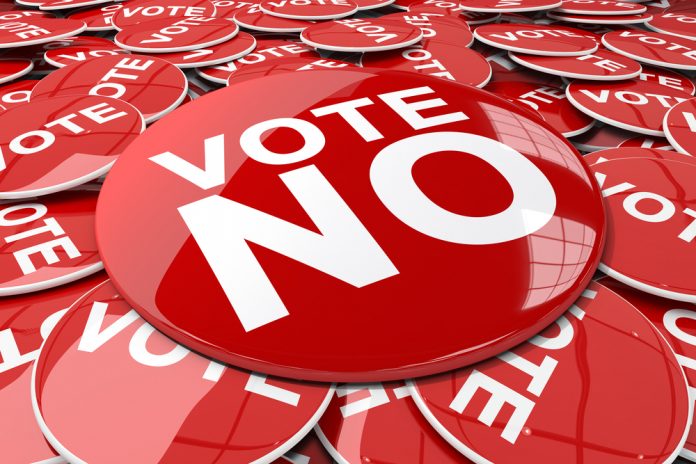 From our friends at DRGO

[Ed: Dr. Petrocelli plans to write Virginia state legislators along these lines about the perversions inherent in Red Flag laws. This is a good example of necessary citizen involvement with otherwise clueless and self-absorbed government representatives.]

I am writing to you to ask that you consider the following information before taking action on any so-called “Red Flag law.”

No one wants “dangerous” people armed. I have worked as a forensic psychiatrist in maximum security forensic psychiatric hospitals and prison special housing units, and am well aware of the harm persons with or without mental illness can do with guns. As I’ve written before, the aspirational goal of violence risk assessment—to identify persons who are likely to act violently—is laudable.  Red Flag laws are offered to intervene with such individuals who cannot be identified through either the criminal justice system or the mental health system.

In the abstract, this makes sense: there must be persons who are dangerous but not mentally ill and have not yet committed a crime. Without these laws, they could fall through the cracks and commit atrocities.  Those of us who oppose these laws realize that this abstraction doesn’t play out so neatly in reality, and are accused that our opposition means we want to arm dangerous persons.

The most solid argument against the red flag laws lies in the fact that there is no widely accepted, scientifically validated procedure to make such a determination. Don’t take my word for it—instead, take it from anti-gun David Rosmarin, MD, in his presentation to the Massachusetts Medical Society (emphasis added):

“While the base rate for violence may be 20% for forensic populations, the 6-month incidence of violence in even urban populations is closer to 6%. This yields a positive predictive value of .14, which results in a false positive rate of nearly 90%.

“Even a test with an impossible 0.9 accuracy for both true positives and true negatives will be wrong more than nine times out of ten at a base rate of 1% for severe violence.  Even with a 5-10% (hypothetically high)base rate of violence, the clinician who always predicts “no violence” will be more accurate than the clinician who identifies 20% as ‘violent’.”

We simply do not have methods of accurately assessing peoples’ risk of violence.  This gets worse when trying to predict rare events, for example, mass atrocities. In fact, our methods are so poor for uncommon events that our predictions would be wrong more than nine out of ten times.  This fits with the rest of the literature, which indicated that guns have to be removed from ten to twenty people to prevent one gun related suicide, notwithstanding the fact that once the guns are removed, suicidal people find other ways: “Connecticut’s estimated reduction in firearm suicides was offset by increased non-firearm suicides.”

Although there is great debate over how to approach risk assessment, it is generally agreed that the evaluator ought to use some structured method:

“Over the last two decades a number of actuarial formulas have been developed to predict various types of risk. Some have been the subject of extensive research and active debate in the field. Respected researchers have opined that risk assessment should be totally based on actuarial formulas, and asserted that such a procedure is superior to any clinical judgment (Quinsey et al., 1998). Others have decried reliance on these methods, saying that the day will never come when clinical judgment can be replaced by statistical calculations (Litwack, 2000). Still others have suggested that an integration of the two approaches may produce the most valuable results (Hanson, 1998).”

What do red flag laws offer in this regard?  Virginia’s Senate bill offers nothing of the sort.  Instead, it merely requires the court to entertain evidence of risk:

“In determining whether clear and convincing evidence for the issuance of an order exists, the judge shall consider any relevant evidence including any recent act of violence, force, or threat as defined in § 19.2-152.7:1 by such person directed toward another person or toward himself.”

There is no guidance as to how to reason about that evidence, or whether that evidence is outweighed by protective factors that mitigate the risk of violence-protective factors do not even have to be considered at all.  The irony of all of this is that the law requires the court to make a determination that, if offered as testimony by an expert, would fail to meet the requirements of admissibility, because the finding would not be based on any method commonly used by experts in the field. Nor would its reliability (or error rate) be known.  This is probably why New Jersey eliminated the rules of evidence for its red flag hearings.

Having established that risk assessment isn’t up to the challenge presented by red flag laws, these proceedings are an affront to the concept that underlies procedural due process:  fundamental fairness.  Fundamental fairness has been defined as the “most comprehensive protection of liberties,” and “the trenchant commitment to fair play and civilized decency in the relations between the state and the individual.”  How can there be “fair play” and “decency” towards red flag respondents when the arbiters of the fate of their inalienable rights have no scientifically valid procedure to apply to the evidence presented to them?

The Virginia Senate falsely compares its oppressive Red Flag law with Virginia’s civil commitment statutes because both begin with ex parte actions—so red flag laws’ must be constitutional. This is absurd, because what civil commitment lacks in front-end procedural due process it makes up for with fundamental fairness and decency.

Virginia’s mental health commitment scheme has three parts. The first, the Emergency Commitment Order, is issued ex parte, and orders law enforcement to bring a person to a place of evaluation for a short period of time. The subject is evaluated by a mental health professional authorized by the Commonwealth to perform assessments to determine whether or not the person is mentally ill and if so, on that basis, a danger to themselves or others.

Only then can the person be brought to a psychiatric hospital under a Temporary Detention Order (up to 72 hours). During that time the hospital staff evaluate whether or not the respondent needs commitment for treatment, can sign in voluntarily or should be released.

A full hearing, with counsel provided, is held before a Judge or Special Justice to determine whether or not the respondent should be committed for up to 180 days if that was recommended.  In summary, although civil commitment begins ex parte, two professional evaluations are done and a formal judicial hearing with the subject present with representation is required if further commitment is recommended.

Red Flag laws so far provide none of this. They require no expert evaluation before property is confiscated:  police arrive, announcing they have come to remove the respondent’s guns, and need not provide any additional information. This triggers notification to the NICS database that the respondent is now a prohibited person. Red flag laws do not permit the respondent to voluntarily and privately relinquish their guns once confronted. Instead, after two weeks of the seizure of their firearms and without mandatory counsel, a hearing is held to determine whether the guns should be returned or held for an additional 180 days.

Red Flag laws provide the respondent nothing: not counsel, not professional examination, and no intervention intended to restore the rights taken from them.  The importance of this divergence cannot be overstated. The courts have consistently held that intended purpose of civil commitment laws—provision of treatment—balances any up-front procedural deficiencies:

“The judicial approval of involuntary commitment rests upon the assumption that the state is pursuing beneficent purposes for the general society and for the person committed.”

Grafting procedural due process on to Red Flag laws does not rehabilitate them in the slightest.  Consider a pop culture analogy, Agent Smith’s interrogation of Neo in The Matrix. Just apprehended and facing a host of charges, Neo replies to Smith’s litany of allegations by saying “You can’t scare me with this Gestapo crap. I know my rights I want my phone call.”  Agent Smith replies, “What good is a phone call, if you’re unable to speak” and he disrupts the Matrix so that Neo cannot speak. In this scene Neo’s procedural rights are preserved—he is offered a phone, counsel, and presumably the opportunity to rebut the charges—but he is rendered unable to use them.

This parallels the problem with Red Flag laws. All the procedural due process in the world—being present for the hearing, confronting your accusers, etc.—does nothing to ensure fairness, decency or respect if the ultimate issue can be decided without the respondent’s participation in a meaningful evaluation or, perhaps even worse, by emotionally charged accusations of feared future violence.

Unfortunately, the fact that Red Flag laws do not function as billed is a feature, not a bug, because they are used as Trojan horses for even more infringement.  Consider Dr. Rosmarin again:

“So in our state of 6.7 million — almost twice that of Connecticut’s — we are petitioning only one-fifth as frequently. In my experience as a forensic psychiatrist, I see two dozen cases meriting petition a year, easily.

“Massachusetts should also enact a law that allows certain categories of licensed clinicians to report to the police chief where the patient lives and that the patient should not have gun access. This should be based on a judgment about dangerousness, not mental illness. The disclosure of medical information relating to dangerousness should be as narrow as possible. Something like:

“Chief, this is Dr. Rosmarin. In my opinion this person is dangerous and should not have a gun.

“The chief would then have discretion to interview the owner, revoke the license and to seize any guns.”

Are gun owners content with the idea that their clinicians can petition law enforcement online after determining them to be “dangerous”?  Will the police chief be more likely to phone the respondent for an interview, or conduct a no-knock raid out of “an abundance of caution” and a desire to “err on the side of public safety”?

Let’s put all this in the context of the events surrounding the Virginia Citizens Defense League’s annual Lobby Day.  I was pleased to be able to speak directly with my Delegate and Senator before attending the rally. I was too late to enter the fenced in, gun-free Capitol grounds, as 10,000 attendees were already there by 9:30 am, so I participated from outside the fence.  I met people from all walks of life, all ethnic backgrounds and all political persuasions, who were united in advocating for their inalienable Second Amendment rights.

Many openly carried the guns that our Governor seeks to prohibit. Despite the presence of all those guns, there was no violence. The Governor insisted that he and law enforcement “diffused a volatile situation” but the attendees were never “volatile.”  Criminals, not lawful gun owners, are the problem, and we were shocked that every real crime bill was left tabled in committee. This is an unconscionable response to the criminal homicide problem that exists in inner cities related to gangs and drugs.

The Virginia House of Delegates must recognize reality about Red Flag laws, and direct their efforts instead towards mental health and crime.  Red Flag laws address neither, and are an affront to the constitutions of our Commonwealth and our nation, and to the inalienable rights these governments exist to protect.

–Dennis Petrocelli, MD is a clinical and forensic psychiatrist who has practiced for nearly 20 years in Virginia. He took up shooting in 2019 for mind-body training and self-defense, and is in the fight for Virginians’ gun rights.